PTO Store-2 DO NOT USE – DO NOT DELETE

To view additional product choices please choose from the categories below: 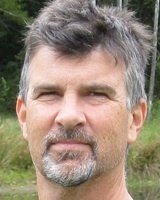 James Preller is the author of more than 80 books for children. He is best known for the Jigsaw Jones Mysteries. James Preller is the author of the popular Jigsaw Jones mystery books, which have sold more than 10 million copies since 1998. He is also the author of Bystander, named a 2009 Junior Library Guild Selection, Six Innings, an ALA Notable Book, and Mighty Casey, his own twist on the classic poem, “Casey at the Bat.” In addition to writing full-time, Preller plays in a men’s hardball league and coaches Little League. He compares coaching kids to “trying to hold the attention of a herd of earthworms.” He lives in Delmar, New York with his wife, three children, cats and dog. Other titles include his latest release Better Off Un-Dead and Courage Test.

Books can be purchased on-line at the PTO Store or by completing a paper order by February 20th.